If you are a hearing care professional or work within the hearing technology industry you will no doubt have been taught that "People wait X number of years before they get a hearing aid."

It has been one of the industry's most influential mantras, a foundational belief on which we build much of our activities, research, public awareness campaigns and training courses.

In case you are unfamiliar with this doctrine, it is based on studies that ask people how long they were aware they had a problem with their hearing before they began wearing hearing aids. The number of years varies from around 3 years to over 10 years, and it's sometimes used as a measure of whether attitudes towards the wearing of hearing aids are changing. See for example Marketrak.

But the idea that people "wait" is a myth, and a dangerous one at that because the consequences of such a mistaken belief are actually contributing to the very problem we are "measuring".

Our beliefs have consequences

Such a belief seems like foolishness to the modern mind, but in its day the idea was eminently reasonable. Why on earth (no pun intended) would you believe that if you kept travelling in one direction you'd eventually end up in the same place as where you started? That's like walking down a street in your home city only to find yourself at the start of it again! Foolishness!

As a result of this very plausible, but incorrect, idea people acted in accordance with their belief: you could only sail so far before having to turn back lest you fall off the end of the world. Therefore there was no need for research into ships capable of circumnavigation or navigational instruments that would take them any further. The belief not only limited their activity and potential but guided their efforts in the wrong direction, leaving new lands undiscovered.

And this is what the belief that "people wait X number of years" is doing. It is limiting our activity and potential, and guiding our efforts in the wrong direction, leaving "new lands undiscovered".

Why ‘waiting before…’ is a myth 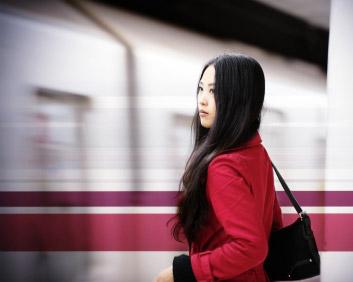 The idea of waiting implies a deliberate decision to delay an action until a specific time or until a specific event takes place. It implies that the action is intended to be taken at some time.

If I wait for a train, for example, I know it is to come at a particular time at a particular place and I intend to take it once it arrives: those are my triggers that will end my waiting. It is a deliberate decision with a definite endpoint and intention.

Not so with "waiting so many years before wearing hearing aids".

It's much more helpful—and accurate—to say they have not reached the conclusion that hearing aids are relevant to them.

Consequences of the myth for hearing healthcare

Whether or not people are "waiting" has consequences for the profession and industry too. If we believe they are waiting, then two things happen. Firstly, it results in a sense of professional helplessness because we think to ourselves "people just have to go through that process and we just have to wait until they're ready".

Secondly, we assume that the trigger to end the waiting is "when a person is suffering enough".

Or as one author writes:

Hearing aids are not fitted based on the degree of hearing loss necessarily, but on the degree of hurt—and only when that hurt is great enough, whether socially, economically, financially, or psychologically, does this individual become a candidate for hearing aids.

So what do we do as a profession? We try to highlight how much a person is suffering, or make them feel uncomfortable enough to seek advice. Ultimately we're trying to make people feel bad about themselves, aren't we? But let me ask you, do you approach or avoid people who make you feel bad about yourself? Why do you think it's any different for the people we are trying to reach?

Because unfortunately these types of messages backfire and are likely to increase (rather than decrease) the time it takes for someone to take action because they clash with their sense of self-consistency, self-perception and self-image, inducing cognitive dissonance.

Only for the suffering?

So we have to decide, as a profession and as an industry, do we believe that only people who "are suffering enough" should be wearing hearing aids? If so, then why aren't we happy with the current adoption rate? Why do we keep trying to "reach the unreached"?

We are guilty of a lot of professional hypocrisy, aren't we? Because if it's about suffering or degree of hurt, then we should be pleased with how 'few' seek our products and services! Because it means everyone else is obviously doing fine!! Isn't that great? We've done our job! We've fixed everything that needs fixing! We've alleviated all the suffering! There are no more people who need hearing aids – except those 'new' people who finally reach a stage where they begin their suffering. But, of course, those "new" people are already accounted for in the current adoption percentage anyway. They won't be additional people to the statistics.

At the moment the only trigger people seem to have is "degree of hurt", and this is what we teach newcomers to our profession on our training courses and in our textbooks, isn't it? That's why so many people who don't use hearing aid will explain "I hear well enough" and "in most situations". Their hurt isn't great enough. Goodbye candidacy.

So why haven't we come to the conclusion yet that maybe, just maybe, our thinking about candidacy is flawed? That maybe, just maybe, we should be giving people other reasons to use hearing technology? Reasons that are more relevant to more people. That resonate with how people want to see themselves.

The issue is relevance, not waiting

That's why we need to see this not as an issue of waiting or a delay, but as an issue of irrelevance. For me to use hearing technology it has to be relevant to me. If it's about suffering, and I don't believe I'm suffering, hearing aids are irrelevant. So why else might I use them?

Because suddenly, by asking the question like this, we can approach things differently as a profession. We find we can increase the adoption rate by exploring ways to be more relevant to MORE people! That means that if we want to reach those who "aren't suffering" we have to provide a different trigger – something that makes them want to take action. And something that is consistent with how they want to see themselves.

So what’s the answer?

In order to answer this question we need to ask two questions:

Remember the analogy of waiting for the train. People first need the intention to do something, whether it's getting on a train or using hearing technology. So we need to give people reasons to use hearing technology that make sense to them, that they can readily apply to their own lives.

Secondly, people need a specific time or a specific event to take place, whether it's the train arriving at the platform, or something that makes them decide now is the time to use hearing technology. So what triggers can we, the wider hearing care community, give them?

Despite the importance of these two questions, we haven't answered them yet as a profession or industry. Which means that people aren't really waiting X number of years to do something about their hearing. They're waiting for our professional guidance.

But what should we say to them?

* As an interesting aside, there is a modern myth that people during the middle ages believed the earth was flat when they apparently many didn't. See https://en.wikipedia.org/wiki/Myth_of_the_flat_Earth

How to get people to want and like hearing aids