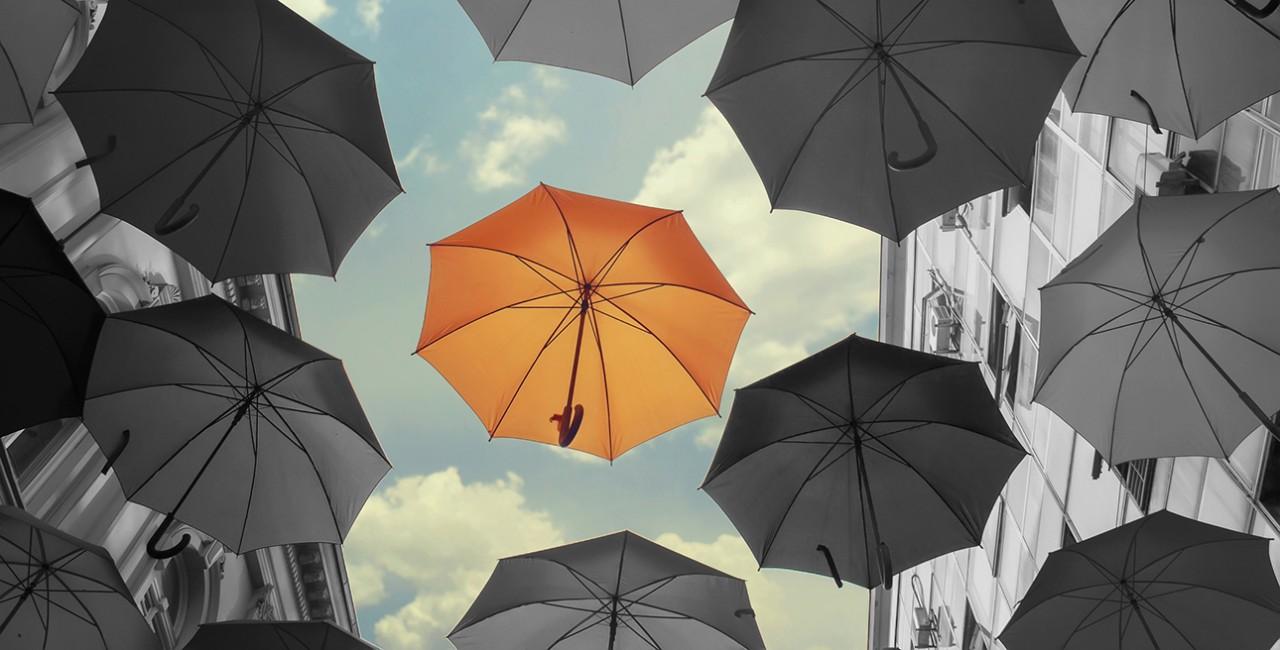 In Hearing Care in the Age of Commoditisation & Information we saw how a combination of increasing commoditisation and the accessibility of information has forever changed the behaviour and expectations of consumers. We also saw how vulnerable traditional hearing care is to these changes in which expertise is slowly but surely sidelined by consumer knowledge, and the price needs justifying as never before.

In this part we'll be reviewing the three main ways that traditional hearing care has responded so far, before looking at what constitutes true differentiation and how hearing care practices should seek to differentiate themselves.

Traditional hearing care has responded to this change in consumer behaviour in a number of clearly defined ways: 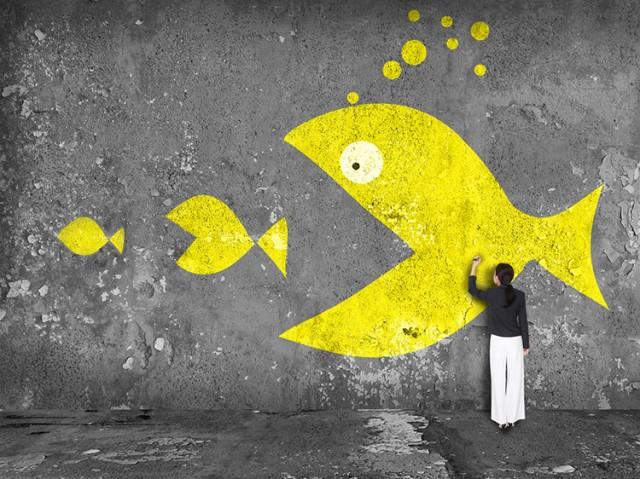 If you choose to play the commoditisation game, remember that there’s always a bigger fish with more purchasing power than you.

Trying to compete with commoditisers is precarious because commoditisation requires buying power, and many traditional hearing care providers just don't have the size or distribution to do this successfully. There will always be someone bigger and better at it, most likely from outside of the industry.

Whilst some of the larger chains may find it easier to move into the role of commoditiser, many hearing care practitioners – especially independents – do not sign on to be "box shifters"; they see themselves primarily as health care professionals. Commoditisation is all about keeping things uniform and seeing as many people as possible in the shortest amount of time, all with the goal of keeping the costs down, and that means less time per individual. Traditional hearing care professionals tend to be people driven, rather than product driven; commoditisation requires a change in their self-identity. 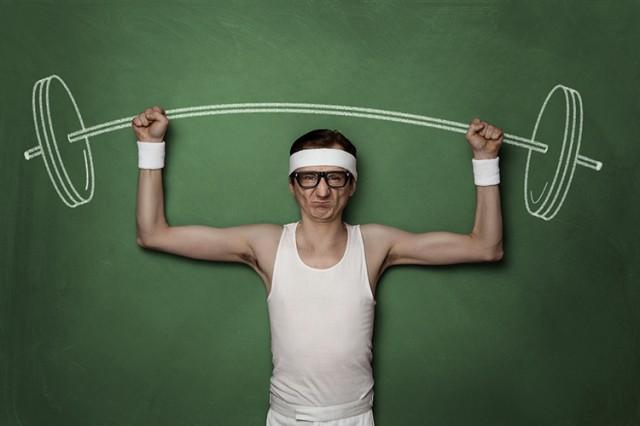 If you choose to present yourself as better than the competitors be sure it's not just a bluff.

Trying to convince a consumer that traditional hearing care providers do a better job is difficult, to say the least.

Firstly, self-testimony is always regarded by the consumer with cynicism, although client testimonials may help. Secondly, without evidence it would be hard to justify such a claim. It leaves the way open for counter claims such as, "We do everything they do, only cheaper" and "There's a reason why more people trust us to provide hearing aids".

So the question is, do traditional hearing care practices really do a better job? How do we know? Who says they do? How could we prove it? What do they do that's different?

Convincing the consumers that traditional hearing care practitioners do a better job has to come from external sources to be credible, such as the professional bodies and the hearing aid manufacturers. Unfortunately these parties also have to keep their other stakeholders happy, which often includes the commoditisers. 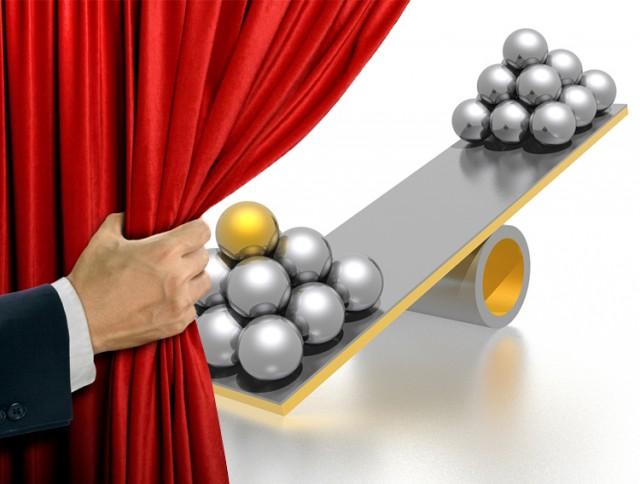 The purpose of best practice must be to improve outcomes, not ‘theatre' to differentiate

In recent years many traditional hearing care practices have therefore begun seeking new ways to differentiate themselves in the face of growing competition from the commoditisers. They want to be able to offer consumers a package that says, “This is why you pay more to see us. It's because we do a more thorough job.”

As a result we are seeing more traditional hearing care practices including services such as speech in noise tests, auditory training and rehabilitation programmes, outcome measurements and probe mic measurements.

But whereas these all have their place (see MarkeTrak VIII: The Impact of the Hearing Healthcare Professional on Hearing Aid User Success Kochkin et al, 2010), when they are offered solely for the purpose of differentiation rather than because their value can be genuinely demonstrated to consumers, traditional hearing care finds itself on thin ice. It becomes "theatre" rather than something that genuinely improves outcome.

The dangers of relying on ‘best practice’ to differentiate

The problem with relying on such services for differentiation is manifold.

For a start, many of these procedures are considered 'best practise' (see Guildelines for the Audiological Management of Adult Hearing Impairment by the American Academy of Audiology) and so many professional bodies would recommend that they are carried out as a matter of course anyway. So what if they were to become an 'enforced' requirement for dispensing hearing aids? The commoditisers will adopt them and traditional hearing care's differentiation is lost. They don't even have to become required protocols; all a commoditiser has to do is simply advertise that they offer them and the differentiation is lost.

But there's another point here, isn't there? If these services were really so important to an effective fitting, why haven't they already become required protocols, like bone conduction or masking have? Why do they remain 'optional extras'? Is it because nobody's really certain of their importance to a successful fitting? Or because they have too many inherent shortcomings?

Take speech in noise testing, for example. Will someone hear better because you've carried out a speech in noise test? Or is it just theatre? Can you use it to change how you configure the hearing aids, or will it just help you with your "counselling", with "lowering their expectations" and in convincing them that you can't solve those problems they came into you with? Is this what a consumer pays more for?

But can you prove what you do is relevant? 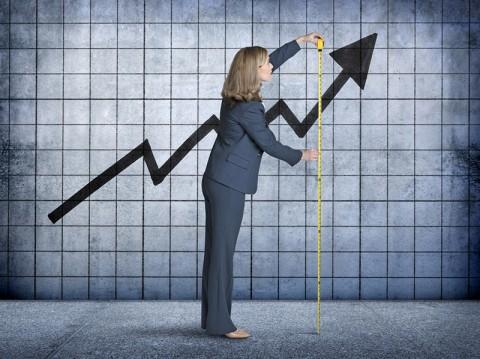 Put yourself in the Consumer's shoes. If they went to a commoditiser who didn't carry out speech in noise testing, how much worse off would they be as a result? Could you prove they'd be worse off? And is the difference in benefit worth the difference in amount they are paying to see you?

What about probe mic measurements? How much extra benefit does someone get over and above a good in-situ audiometry system built into the hearing technology? Can you prove it? Will this always be case as hearing technology improves? Would the results you get without performing probe mic measurements be so poor that you'd end up damaging someone's hearing or dramatically reducing the effectiveness of the hearing aids?

Put it another way: when you add in all the other factors such as adaptation, the limitations of technology, an impaired auditory system and the lack of consensus with competing prescriptions, does carrying out probe mic measurements provide 'appreciable benefit' significant enough that someone would be willing to pay extra to ensure they are carried out? If so, how much extra would they pay?

Because when all is said and done, no matter how many clinical studies have been done to show a particular test or service has merit (or may have), it still has to be significant enough to mean something to the consumer, to justify their additional investment.

The quest for true differentiation

Simply put, differentiation is only valid if it is relevant to the Consumer. We need to be able to demonstrate a significant enough benefit to a consumer to make it worth their investing in what we are offering them that we are purporting to be different.

In other words, we need to ask ourselves, "What's in it for them?"

If we are differentiating simply to justify our own pricing, that is theatre. Ultimately it will not survive because of today's Accessibility of Information. It will also make our service bloated and less capable of competing against the commoditisers in an age where many consumers are looking for streamlined simplicity.

Whilst things like speech in noise testing and probe mic measurements have their value, they are still far from perfect. If we are not careful we simply end up adding things into the patient journey that simply make it more costly for us to operate for little, if any, real world gain.

Ironically it is good old puretone audiometry, in use since just after World War 2, that is still the most reliable assessment we have for fitting hearing aids.

But let's face it: if it is just a simple puretone audiogram that stands between us and carrying out a hearing aid fitting, what's to stop hearing technology taking over this role altogether? Then combine this with 'open fit', and it's not long before technology becomes good enough for someone to be able to flood the market with cheap and effective self-fit devices. And it won't necessarily come from mainstream hearing aid manufacturers, either. Mainstream hearing aid manufacturers are vulnerable too, and we'll return to this in another article.

We may argue that a self-fitting won't be perfect. But we, better than anyone, know that even many 'professional' fittings are far from perfect due to the inherent limitations of the technology and auditory system, which is why rehabilitation often plays such a prominent role in traditional hearing care.

So traditional hearing care must ensure their differentiation is genuine and not just theatre, otherwise it is leaving itself incredibly vulnerable.

But if instead we can demonstrate real world benefits with everything we do, and we can convince the consumer that these are worth their investment because of what it gives them over and above what a commoditised service can provide, then we secure a place in the hearts and minds of the consumer; we sideline those who wish to "do the consumer out of their right to hear as well as possible".

Creating the future of hearing care 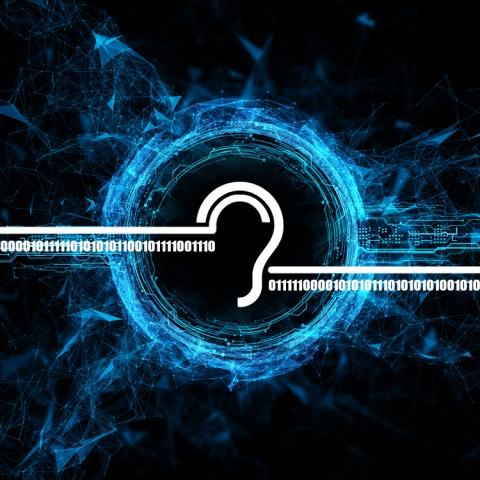 So it's about time that practitioners and manufacturers alike worked together to develop assessment and fitting protocols fit for the 21st Century, that incorporate what we now know is important to a person's audition besides just their threshold of hearing.

Isn't it sobering to think that after all these years we still rely on a simple test that can now be copied by any smartphone, let alone a self-fitting hearing device? So where today is the place for the expert in the eyes of the consumer?

Perhaps if we were measuring things like temporal processing, localisation, degraded signals and auditory memory, and then demonstrating how these make a difference to our prescriptions and outcomes (if indeed they do) we might have an easier time demonstrating the continued need for "personalised expertise".

The problem is that the commoditisers are presently seen as just too similar to traditional hearing care.

6 Steps to differentiating yourself

If you are involved in traditional hearing care, here's what you should do:

And whatever you do, make sure it's relevant to the Consumer and has real world benefits. Otherwise it will just be smoke and mirrors.

Hearing Care in the Age of Commoditisation & Information